For years, people in a Liberian community called Watco Camp were forced to drink water from the local well that always included rust particles.

Villagers asked Lifewater for help. Our repair team, funded by generous donors like you, arrived and discovered that sub-standard parts had been used in a past repair of the pump. We replaced the parts with ones of much better quality, and ones much less likely to rust. 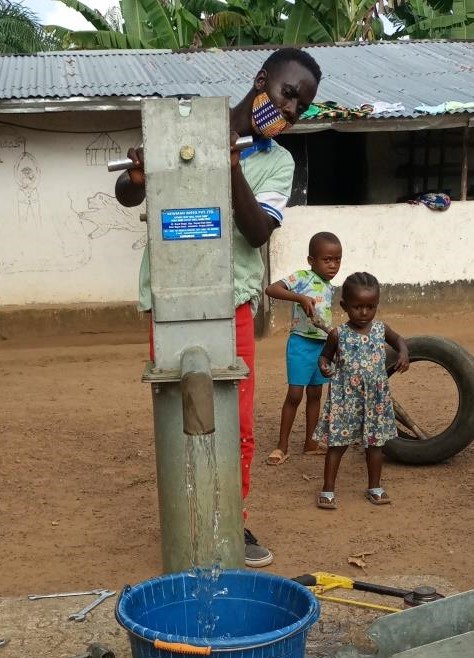 “The locals expressed delight, as this was a new start to having access to safe drinking water,” the repair team told us. “People expressed thanks for the hard work done.”

In another Liberian community, repairing the local well ended the need for local women and girls to walk three to four hours to fetch water each day – a trip that was not only physically exhausting (while bring back heavy buckets and basins) but also dangerous due to snakes and other potential predators.

The daily walk for water now takes only 90 seconds for most residents – enabling women to spend more time with their families and girls to regularly attend school.

In another nearby village called Tabar, after Lifewater’s trained technicians had finished repairing the well’s broken pump, people began cheering and clapping to express their thanks. “This sent joy down the spines of the craftsmen that repaired the pump,” we were told later. “Thanks to Lifewater and its donors, all is well for this community.”

You can help to create similar success stories by donating today.