How do we drill a well?

There are several important steps in drilling a successful well – a well that continues to provide safe, accessible water to hundreds of people in Africa or Haiti for many years to come.

Most of the wells that Lifewater drills are in response to requests from communities desperate to end their dependency on rivers, ponds, and other water sources that are often contaminated 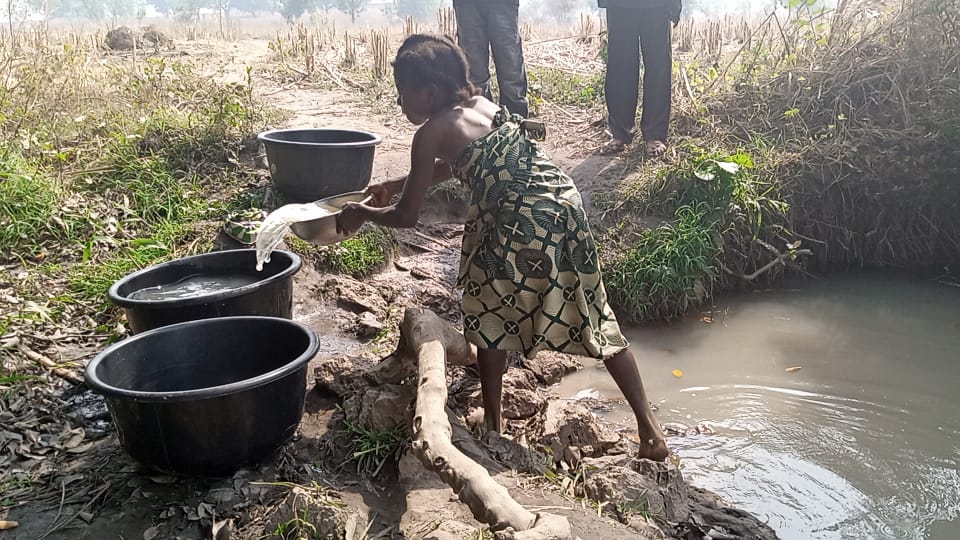 We have learned that before we respond to a request, we need to ensure local people are willing to take ownership of the well.

The community does this by contributing financially (usually about $100 towards the $5,000 CDN cost of a typical well) and/or by providing free labor and construction materials.

We also require the community to designate one or two people to receive training and tools from Lifewater to serve as official Well Caretakers. They will control when the well is available for use to guard against over-use and/or vandalism.

They will also maintain the well – testing for water quality, conducting minor repairs, and notifying Lifewater if major repairs are needed.

When villagers have collectively agreed to these ownership requirements, we provide health and hygiene workshops and begin working with the community to determine a good location for the well.

Lifewater insists wells be on land accessible to everyone in the community. We want to avoid the risk of a private landowner restricting access, or a dominant group of people denying access to others. We also want a central location for everyone’s convenience, and one that is safe for women and children.

There are also important technical factors that help determine where a well should be drilled. They include topography, sub-surface conditions (for example, it may be too rocky to drill in some areas), and the location of surface water and potential sources of contamination such as animal or human waste.

Once a location has been identified that meets the community’s needs and appears to have a high probability of tapping into an aquafer or underground water source, the drilling team arrives. Its first task is to drill a borehole – usually four inches in diameter, then drilled again to widen it to six inches.

The team constantly pumps specially treated muddy water into the hole to cool the drill bit and help bring chunks of rock and other debris to the surface so they can be filtered out and the water recycled during the drilling process.

The team also constantly monitors the debris to know what types of soil, gravel, and rock the drill is working its way through before eventually reaching an aquafer.

The best aquafers are usually in gravel or sandy areas that easily enable water to flow into the well.

When the borehole has reached the desired depth (usually about 30 metres or 100 feet), the team removes the drill and quickly replaces it (before the borehole walls can collapse inward) with plastic PVC pipe or casing.

The team begins by inserting one 20-foot section of PVC pipe after another into the borehole – gluing each one onto the previous one.

One portion of the pipe – the one aligning with where the aquafer is located – has slots cut into it or meshed screen added to allow water to enter. The team surrounds this portion of the casing with a “filter pack” of coarse sand or fine, round-shaped gravel to stop dirt from entering the well and/or clogging the slots or mesh.

Above the filter pack, the team adds "formation stabilizer" -- a layer of material around the outside of the PVC casing, against the borehole wall, that stabilizes the casing and ensures it can’t move from side to side.

Above the formation stabilizer, the team adds concrete to stop contaminated surface water from ever working its way down the outside of the casing, through the filter pack, and into the well. Any water in the aquafer that is starting now to enter the well through the “filter pack” and slotted or meshed casing is very dirty, so the well must be “developed.” This is a vital process that can be done using various techniques including “over pumping,” “backwashing,” “surging,” and/or compressed air.

All of them are aimed at getting the filtering system to start working properly – so the well begins to “breathe”.

Developing the well can take an hour or two or all day. Whenever it’s done, the team “caps” the well to avoid anything falling into it before the pump has been installed.

The next step is to build the “pump pad” – a small island of concrete surrounding the well. The pad stops contaminated surface water from entering the well. It also diverts excess water away from the well to keep the area relatively clean and dry.

If the area around the well is constantly wet, anyone using it must constantly stand in mud.

Installing the pump involves inserting lengths of narrower-diameter PVC pipe inside the PVC well casing. At the bottom of this narrower-diameter pipe is the pump cylinder that draws in water. The cylinder must be at the same depth as the aquafer, but not at the very bottom of the well because that is where silt will gradually accumulate.

On the surface, above the concrete pad, the team bolts on the hand-operated pump. We use a model known as the Afridev that is globally known for being sturdy, dependable, and relatively easy to repair.

The team must be very careful throughout the installation process to avoid allowing tools or anything else to fall into the well because retrieving them can be very difficult if not impossible!

After the pump has been installed, it will be tempting for villagers to start drinking water from their new well, but it must be disinfected first.

The team adds chlorine to “shock” the well and kill any bacteria that entered during construction. The next day, they remove the chlorine by pumping out large volumes of water. Now villagers can begin using the well water but only if they boil or chlorinate it for their safety until testing has occurred.

A week after the disinfection process, the team returns to test the water, then they test it 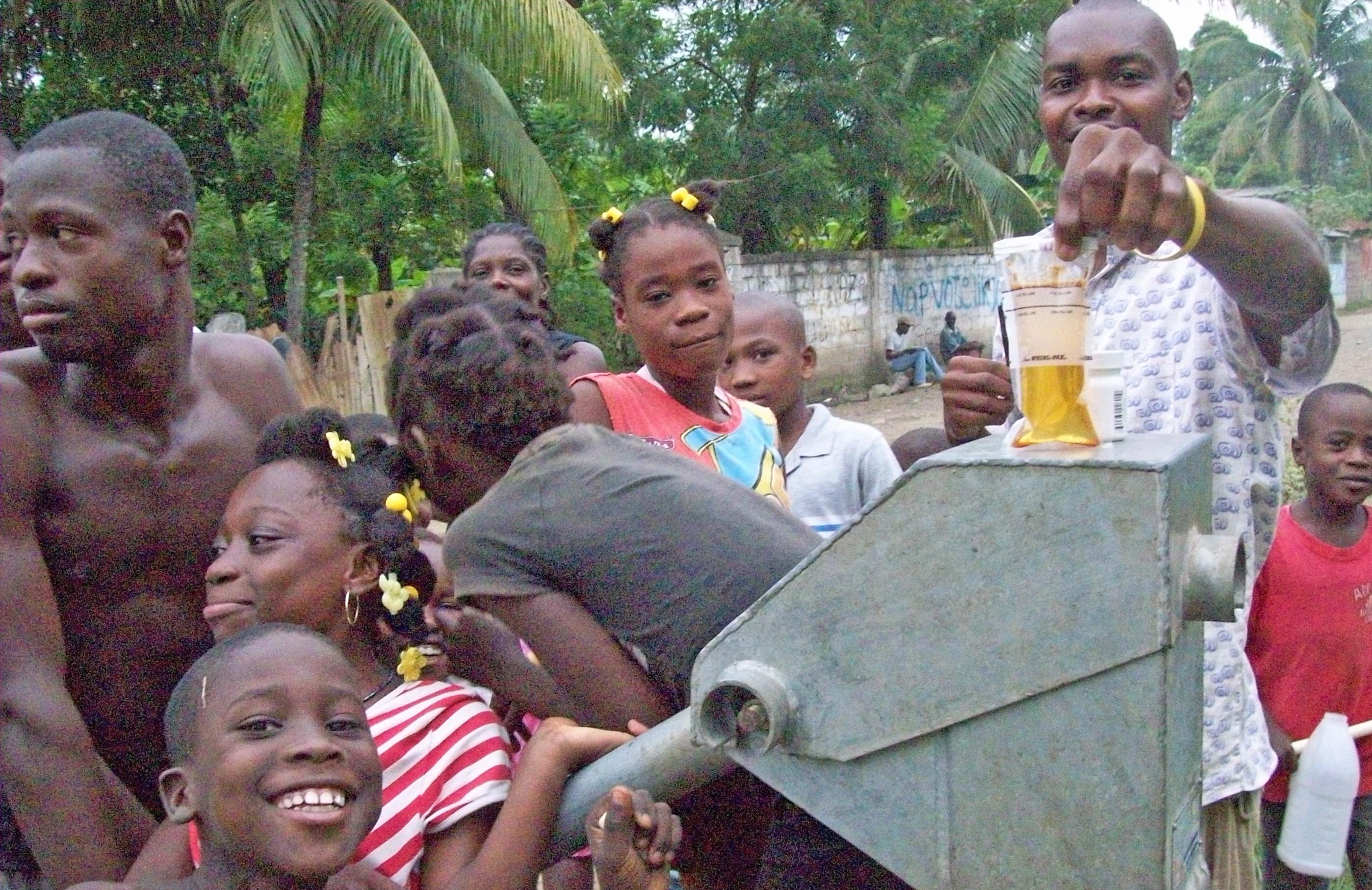 again a week after that.

If the tests raise any concerns, the well is disinfected a second time.

The Well Caretaker, with his training from Lifewater, conducts similar tests every 6-12 months to maintain water quality and ensure that any indication of a deterioration in water quality can be corrected at an early stage.

Villagers often hold a public event to celebrate their community’s new water source. The drilling team is usually there to join in the festivities – and to take photos!

During a typical year

During a typical year, Lifewater donors will enable our teams to drill more than 100 new wells while also rehabilitating other wells, and repairing or replacing hundreds of broken hand pumps (including many on wells drilled by other organizations).

More than two million people have benefited since Lifewater Canada drilled its first well in 1997. But the need for more wells remains enormous, and urgent.

Someone (usually a child) is dying every 20 seconds from diarrheal diseases caused by dirty water and inadequate sanitation. Be part of the solution -- enable a community's water source to be totally transformed!