"Had it not been for Lifewater, many deaths would have occurred" -- John, a Lifewater Liberia employee

I travelled to my own village -- Troyah Village -- and met Flomo who was very sick and pale. I asked him what was his problem. He reply, "My son, I don't really know, but some people say the creek we get drinking water from is very bad". 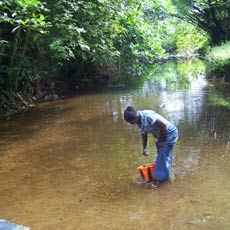 I met Flomo (a few weeks later). He told me that since the time Lifewater put in the pump, they have not experienced running stomach (diarrhea), cholera, and other diseases. He said that had it not been for Lifewater, many deaths would have occurred in their village.

War in Liberia! Again (after many years of civil war)? Yes! But this time, it is against dysentery, diarrhea, and cholera. Lifewater Liberia is serving as a peacemaker. The problem that brought the war between Lifewater Liberia and these three enemies centered around safe drinking water. 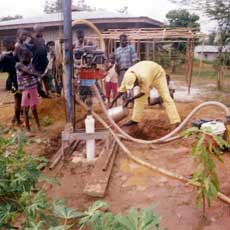 These enemies thought that Lifewater Liberia was not prepared to prevent them from spreading within our communities and villages. But with the blessing of God, Lifewater Canada can continue to aid us in this fight. May God bless all our donors!

Coca Cola Community, one of the newest established communities around the Coca Cola factory, had serious problems with safe drinking water. The community dug a shallow well about 13 feet deep.

Not knowing the danger of shallow wells, the community started using it as a drinking source. Two weeks later, there was an out breaking of serious diarrhea and running stomach amongst the residents of the community.

Lifewater was contacted through the leadership of the community and a new (much deeper and safer) well was planted. Now they have a happy community to live in! Please extend our thanks to all donors!

During the opening ceremony (to celebrate the installation) of a new water well and hand pump, a little boy called Mulbah was happier than the rest of the kids. I talked to him. 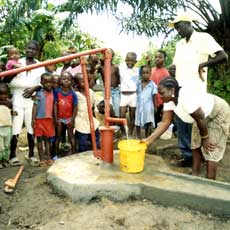 Lifewater: "Mulbah, why are you so happy?"

Mulbah: "I am happy because of this new well and hand pump planted in my community.

Not only is it in my community, it is very close to my house. Last year, about this time, I lost my young brother because of unsafe water.

We had a shallow well about 5 feet deep and it is where my brother drank from. My brother died from running stomach (diarrhea).

I know this new well and hand pump will help to save the young children of this community from dying of running stomach."

One of the remarkable stories for me happened in a community where we (Grace and Lifewater) provided a well three years ago. There are two dominant tribes in the village, (the Mada and Eggon). For a very long time, they have lived with animosity amongst each other as a result of some old traditional issues dating back some 50 years. 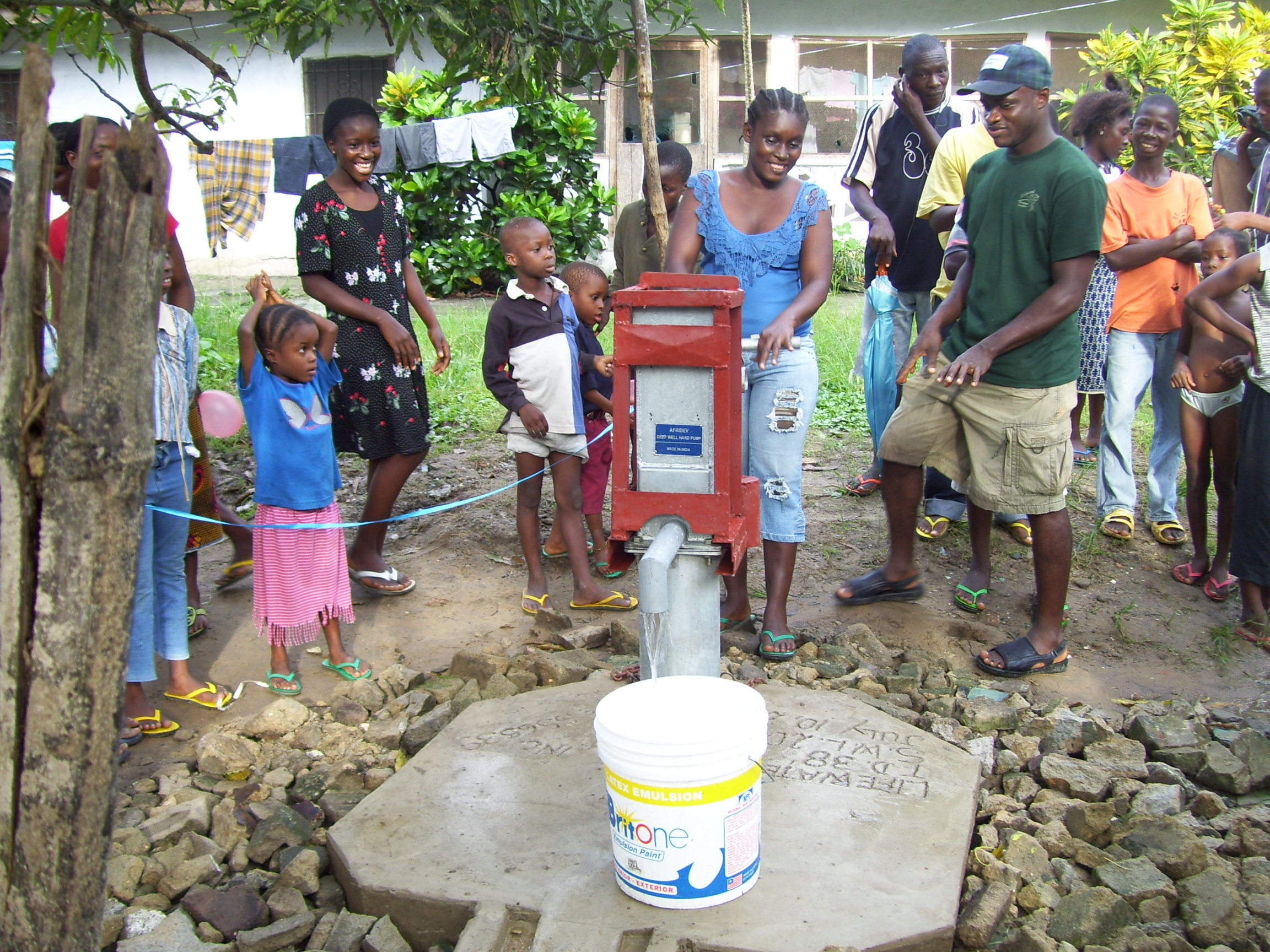 When we were invited to help them with a well in the village, some of the underlining issues came to the surface. That almost dampened our motive as we threatened to leave their village without a well.

Our team was not just faced with helping them with water, but also faced with threats from these two tribes. Each tribe even threatened sabotage of the well if it was drilled at all. As a result, we decided to meet with the leaders of the village representing the two tribes. It was a strong message from us that if they did not decide to work together as a group, no meaningful development would come to the village.

Their story has become a model for our work in other places. The provision of clean and safe drinking water can become a catalyst for peaceful existence amongst people. Through our partnership with Lifewater Canada, we have brought people together who otherwise had nothing to do with their neighbors. Thanks for the help!

"We are making a great impact on the lives of people" -- Tommy Towalid, Chairman of Lifewater Liberia

Oldma Nancy, mother of eight, revealed to me that she likes her story heard as a confession that Lifewater Liberia has blessed her and her children from the shackles of death. 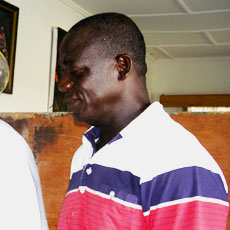 She boasted of Lifewater efforts in the areas of water and counseling/workshop for her children, saying they are testimony of her joy. Death would have held them captives had Lifewater not gone to drill and hold workshops to improve their lives. After many months, what is touching is that Oldma Nancy, out of her meager resources obtained from selling local products ( cassava, palava sauce and okra) found Lifewater’s office to make a contribution of LD$135 (about $3 CDN in appreciation of L-Linc’s effort. It is her prayer that Lifewater continues to help communities that lives may be prolonged.

Also, a few weeks ago, I was travelling when I stopped in Ganta, Nimba County to have lunch. At the table I met some fellows. We engaged in a friendly conversation. At the end of the lunch, I gave them my calling cards which brought excitement as they found that I am a member of Lifewater, an organization that blessed an orphanage and their adjacent village seven years ago when they were in dire need of water.

Much was said and Lifewater was praised. I then felt we are making great impact on the lives of people we have reached in this country. Thank-you to everyone who donates funds enabling us to spread this blessing!